Alright If you reached this page it means you have a linux on your phone, It’s not important with which way you installed it, with termux , andronix, anlinux, linux-deploy , Method is same, You installed VSCode and when you try to run it from terminal you see the grep: /proc/version: Permission denied , It’s ok let’s fix it.

OK first thing first you may need to update and upgrade your linux and apps, so run command below on terminal

Now in case if you don’t have VSCode installed, you can install it in 2 ways :

Or you can download the suitable version from Official Website then you can install it with any app manager or with apt/dpkg.

Now that we have the VSCode installed, we have to do some workarounds to run it without any errors.

Create a file in /Home/[username] and name it .version (in my case username is kali so the file path will be /home/kali/.version)

Now open a terminal and type whereis code , you may see a result like this : code: /usr/bin/code /usr/share/code 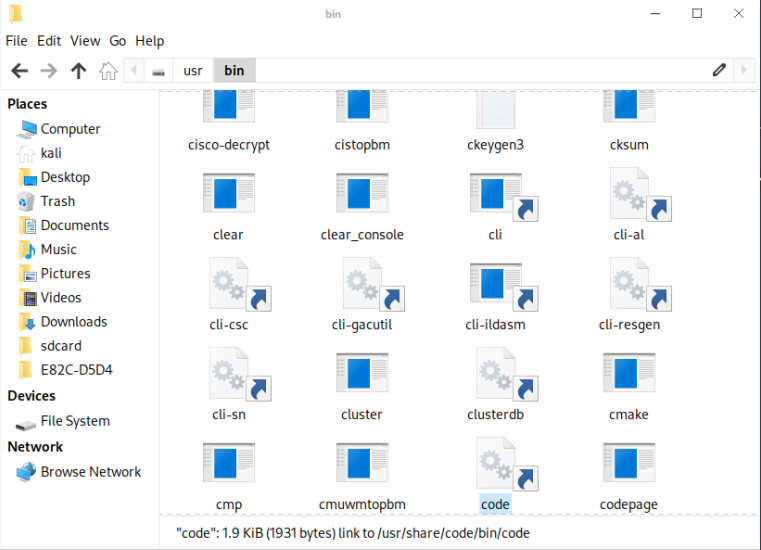 now edit the first file with any text editor (I will use nano), so run this command sudo nano /usr/bin/code now we have to change a line that contains the address of /proc/version , we have to replace it with address of the file we created in step 1 and 2 and save it. the file will look like this : 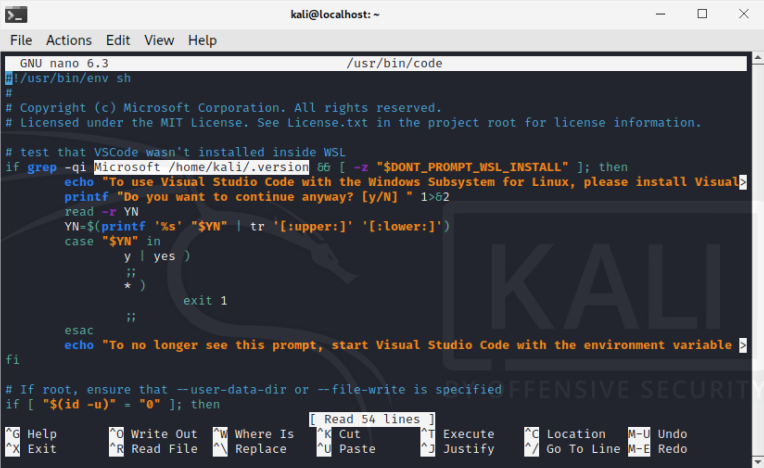 Now we are actually done, if you want to run VScode from terminal , use one of these commands: 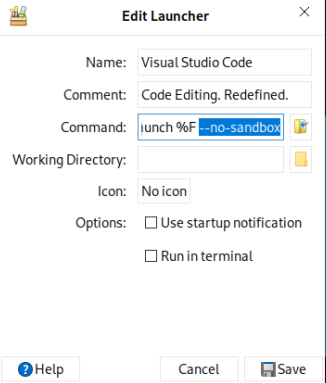 WE ARE DONE, Enjoy Coding  😉